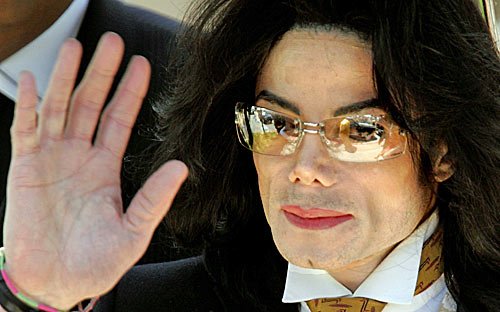 Los Angeles Fire Department Capt. Steve Ruda told The Times that paramedics responded to a 911 call from the home. When they arrived, Jackson was not breathing. The paramedics performed CPR and took him to UCLA Medical Center, Ruda said.

Hundreds of reporters gathered at the hospital awaiting word on his condition. The sources, who spoke on the condition that they not be named, said family members rushed to Jackson's bedside, where he was in a deep coma.

The circumstances of Jackson's death remain unclear. Law enforcement sources said that Los Angeles Police Department robbery-homicide detectives have opened an investigation into the death, though they stressed there is no evidence of criminal wrongdoing. The detectives plan to interview relatives, friends and Jackson's doctors to try to figure out what happened. The L.A. County coroner's office will determine a cause of death.

A Los Angeles Fire Department source told The Times that Jackson was in full cardiac arrest when rescue units arrived on scene. A doctor was in the house performing CPR on him, said the source, who asked not to be named because he was not authorized to speak to the media.

Paramedics were called to a home on the 100 block of Carolwood Drive off Sunset Boulevard. Jackson rented the Bel-Air home -- described as a French chateau built in 2002 with seven bedrooms, 13 bathrooms, 12 fireplaces and a theater -- for $100,000 a month.

The home is about a six-minute drive from UCLA Medical Center.

The news comes as Jackson, 50, was attempting a comeback after years of tabloid headlines, most notably his trial and acquittal on child molestation charges.

In May, The Times reported that Jackson was living in a Bel-Air mansion and rehearsing for a series of 50 sold-out shows in London's O2 Arena. Jackson had won the backing of two billionaires to get the so-called King of Pop back on stage.

The concerts had been scheduled to kick off July 13.

Johnny Caswell, a principal at Centerstaging, the Burbank soundstage where Jackson rehearsed for his London concerts, watched many of the run-throughs and said he was "absolutely shocked" by the performer's death.

Jackson, he said, was "very frail" but approached the rehearsals with boundless energy.

The performer moved from the Burbank facility to the Forum at the beginning of June, Caswell said.

His backers envisioned the London shows as an audition for a career rebirth that could ultimately encompass a three-year world tour, a new album, movies, a Graceland-like museum, musical revues in Las Vegas and Macau, and even a Thriller casino.

Such a rebound could wipe out Jackson's massive debt, estimated at $400 million.

Jackson needed a comeback to reverse the damage done by years of excessive spending and little work. He has not toured since 1997 or released a new album since 2001, but he has continued to live like a megastar.

To finance his opulent lifestyle, he borrowed heavily against his three main assets: his Neverland Ranch, his music catalog and a second catalog that includes the music of the Beatles that he co-owns with Sony Corp. By the time of his 2005 criminal trial, he was nearly $300 million in debt and, according to testimony, spending $30 million more annually than he was taking in.

Compounding his money difficulties were a revolving door of litigious advisors and hangers-on. Jackson has run through 11 managers since 1990, according to Frank DiLeo, his manager and friend of three decades.