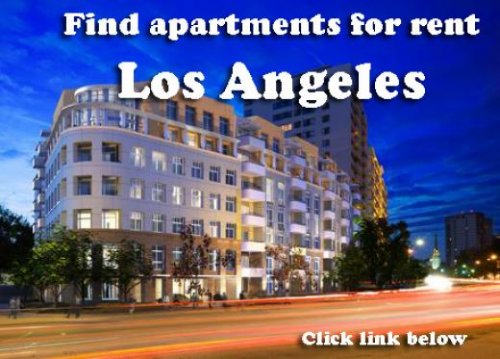 After rising for several years, rents in the Los Angeles area are declining because of the economic recession and depressed home prices, researchers, real estate agents and property managers say.

The lower local rents match a national trend, according to a report released Wednesday showing apartment rents fell in 54 out of 79 U.S. metropolitan areas in the fourth quarter of 2008. Softening rents add another obstacle to a housing market recovery, economists say, because tenants with low rent payments feel less urgency to buy a home.


Nationwide, apartment rents eased 0.1% in the fourth quarter, the first drop since 2002, according to the analysis by research firm Reis Inc.

Los Angeles apartment rents fell 0.7% in the fourth quarter, the first decline since 2001, although overall rents for the year were up slightly over 2007.

Property owners and real estate agents say the supply of rental units has climbed in the last year. Overbuilding during the real estate boom added vacant units to the rental pool, and some home sellers discouraged by the moribund real estate market are renting their houses or condominium units rather than trying to sell. Foreclosures add both supply and demand to the rental market, as foreclosed homes become rentals and former owners seek places to rent.

Mark Verge, owner of the property listings service Westside Rentals, said he'd seen rents fall faster in the last three months than at any time since he founded the company 13 years ago.

"I used to have to beg owners to lower rents. Now they ask me, 'What do you think I should lower it to?' " Verge said.

Rents had been holding up in the early part of last year, Verge said, as property owners accustomed to annual rent hikes continued to ask for relatively high amounts. In recent months, however, owners have found they must lower rents or let their units lie vacant, Verge said.

Kevin McCabe, president of property management firm Century West Properties, said that rather than rent apartments or houses, many people are choosing to add housemates and roommates or are moving back in with parents. At the same time, a glut of foreclosures gives renters many choices.

To entice renters, McCabe has been lowering rents 5% to 10% if a property has been vacant for at least 30 days.

He recently used Craigslist, a popular community website, to advertise a one-bedroom apartment on Federal Avenue in West L.A. Price: $1,495 a month. When no one bit, he dropped it to $1,395. When the vacancy hit the two-month mark, McCabe dropped it another $100 and found a renter.

A two-bedroom apartment on Mayfield Avenue in Brentwood that rented for $2,395 a year ago is now listed for $1,995.

Even landlords in pricey Santa Monica are squeezed, said Kevin Miller, Westside Rentals' head of operations. The rent for a three-bedroom condominium unit listed with the company just dropped from $2,950 per month to $2,495, he said. In addition to lower rents, some landlords are offering incentives such as a free month's rent. One Valley Village building promises free iPod Nano music players to new renters.

Low rents could have negative implications for homeowners as well. That's because if it's significantly cheaper to rent than buy, fewer people will want to purchase homes. And that means the price of houses and condominiums could continue to tumble.

Rental and sales listings show rents in many areas are close to the monthly price that a homeowner would pay on a mortgage.

But homeowners also have to pay for repairs and maintenance, and they have to come up with hefty down payments. That can make renting more desirable than buying, despite tax benefits and the possibility that a purchased home could increase in value if the market recovers.

The recession will probably pull rents even lower, Davidoff said, further delaying a real estate recovery. "There's weakening demand for all types of housing due to the economic downturn," he said.