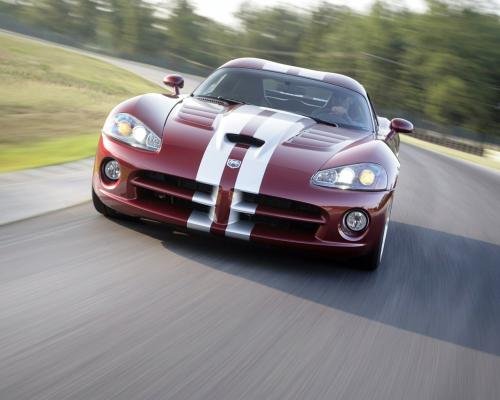 DETROIT (AP) -- Volkswagen opened a plant in Tennessee last month with 2,000 workers. Honda is hiring 1,000 in Indiana to meet demand for its best-selling Civic. General Motors is looking for 2,500 in Detroit to build the Chevy Volt.

Two years after the end of the Great Recession, the auto industry is hiring again -- and much faster than the rest of the economy. As an employer, it's growing faster than airplane manufacturers, shipbuilders, health care providers and the federal government.

The hiring spree is even more remarkable because memories of the U.S. auto industry's near-death experience are fresh. In 2009....

....General Motors and Chrysler both got government bailouts and entered bankruptcy, and auto sales hit a 30-year low.

Sales are back up, too, and automakers are hiring by the thousands to meet increased demand.

"The buzz is incredible around here about what opportunity we're going to get if we can build a great product," says Ben Edwards, who went to work for Volkswagen in Chattanooga, Tenn., last year and is now a team leader on an assembly line that installs tires and seats.

Edwards was working as a general contractor until the housing market dried up. He says the pay at Volkswagen, which starts at $14.50 an hour, is fair and the benefits are generous.

Besides hiring 2,000 people itself, Volkswagen figures the plant, where it will make its new Passat, will create 9,000 spin-off jobs in the region, including 500 at auto-supplier plants that are springing up nearby.

Automakers are hiring again because car sales are rising. Americans bought 10.4 million cars and trucks in 2009 and 11.6 million in 2010. This year, they're on track to buy 13 million or more, and auto companies are adding shifts to meet the demand.

"Everybody got so lean and mean during the downturn that they're trying to rebuild staff," says Charles Chesbrough, a senior economist with IHS Automotive.

The auto industry's 12 percent increase in jobs compares with a 0.2 percent gain for the economy as a whole, excluding farming and adjusted for seasonal variation, since June 2009. The Labor Department reports Friday on jobs gained or lost last month.

In a normal economic recovery, improvement in the housing market leads the way by creating construction jobs. But home prices haven't stopped falling, and the construction industry has shed 8 percent of its workers since June 2009 -- 474,000 jobs in all.

The gains in the auto industry have been small by comparison. But they do create positive ripple effects for the economy. The Center for Automotive Research estimates that every new auto manufacturing job leads to nine other jobs -- from parts makers to restaurants that feed autoworkers.

The auto gains have been widespread, with the Midwest the biggest beneficiary. In Ohio alone, auto manufacturing jobs have risen 31 percent the past two years, while parts makers in Michigan have added nearly 20,000 jobs.

Parts jobs are also up 15 percent in Alabama, where workers make parts for Mercedes SUVs and Honda minivans, and in Kentucky, where the Chevrolet Corvette and Toyota Camry are made.

Before the turnaround, new auto jobs were scarce. Detroit's auto companies had too many factories, high wages and bloated bureaucratic management. Jobs began disappearing in 2006 and 2007 as U.S. automakers tried desperately to restructure. Dozens of auto suppliers were pushed into bankruptcy.

Then came 2008, when gas prices spiked and the financial crisis struck. The industry lost almost one in every four of its jobs. By the time GM and Chrysler got out of bankruptcy, in June 2009, the industry employed about half as many people as it did in 2000.

Sales and profits have risen ever since, and payrolls have followed.

GM, Ford and Chrysler are all making money for the first time since the mid-2000s and adding workers to build popular models like the revamped Ford Explorer. Foreign companies, stung by the high cost of exporting cars to the U.S. when the dollar is weak, are racing to build more products here.

Automakers are doing it with cheaper labor. Four years ago, the United Auto Workers agreed to a contract that allowed Detroit's carmakers to hire some new workers at $14 per hour, or half the starting pay of workers at that time. While the UAW doesn't represent workers at foreign-owned plants, those companies