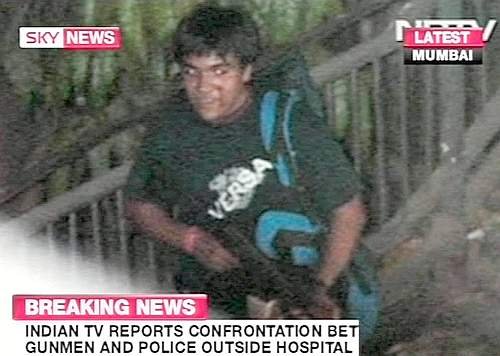 NEW DELHI: Imran Babar, who identified himself as one of the terrorists involved in the terror strikes in Mumbai, called up a TV news channel Thursday and said they wanted to have talks with the government for exchange of the hostages.

"We want to negotiate with the government. Only then will we let go the hostages," said Babar, who claimed to be from the Deccan Mujaheedin, a previously unknown group that has claimed responsibility.

Claiming to have worked as a medical representative in a multinational company, Babar said these attacks were to avenge the "torture and injustice" faced by Muslims in India.

"Do you know how many Muslims are killed in Kashmir by your armed forces? Give them their freedom, why are you creating such a mess there?" Babar, who said he was 25 years of age, told the news channel India TV.

"How much of injustice can we tolerate? How much can we sacrifice?" he said.

He, however, skirted the query as to which place he hails from.

Earlier in the day, another man calling himself a terrorist and identifying himself as Shahadullah, telephoned the news channel from Oberoi-Trident Hotel claiming that he was from the Indian city of Hyderabad. He spoke in Hindustani with what appeared to be a Pakistani accent.

He told the channel that the attack had been carried out to avenge the 1992 razing of the Babri mosque in Ayodhya and the "persecution" of Muslims in India.

He demanded the release of jailed Indian Mujahideen militants in exchange for tourists taken hostage at the Taj and Oberoi Trident hotels as well as Nariman House in the heart of the city.
The man ended the telephonic conversation saying "Allah Hafiz".

At least 101 people, including a foreign tourist and four top police officers, were killed and over 250 injured.