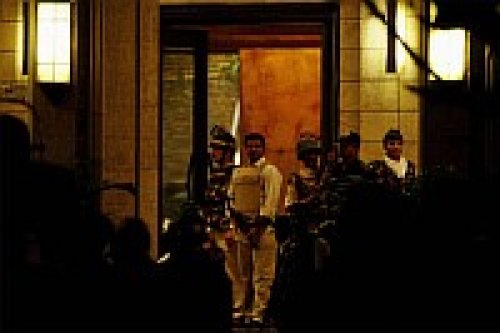 MOHALI: While Mumbai burned, heart-rending shrieks emerging from the Kang household in Mohali pierced Tricity's soul. Three young lives including those of two children were wiped out in the inferno that engulfed Taj Mahal Palace and Tower on the fateful night terror had ripped through India's city that never sleeps.

Karam Bir Kang, general manager at Taj, Mumbai, knew he was hearing from his wife Nitti the last time when she called up to say that the suite next to theirs had caught fire. He saw his world crumbling even before Nitti and sons -- Samar, 14 and Uday, 5 -- actually left him forever.

Recalling the dreadful moment when a phone call changed everything at their Phase-10 house, Ravneet Bains, a relative of the deceased, said, "A shocked Karam Bir wasn't taking my call and when he did, he said all three were burned alive." But some other relatives who were in Mumbai informed Bains that they had actually been shot.

"Karam Bir was given an accommodation inside the hotel where he lived with his wife and children, while his parents stayed back in Mohali. Around 12 am, when he was out of the hotel for a meeting, he received a call from Nitti who had locked herself and kids in the bathroom in the hope of escaping the tragedy. But terrorists had taken over the hotel and if she stepped out, they would have been shot anyway," added a grieving Bains.

Even as Karam Bir rushed to the hotel and repeatedly called on Nitti's cell, the response never came. In Mumbai for last eight years, Karam Bir had joined Taj two years ago. His father Major General (retd) Jagtar Singh Kang was in Bahrain with his wife when tragedy struck and now was on his way to Mumbai to collect remains of their shattered world.