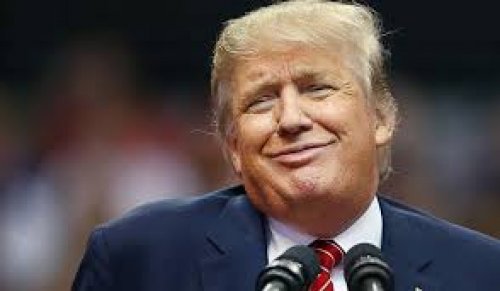 CNN STAMPA ESTERA Trump on 'lock her up' chant: 'I'm starting to agree' By Jeremy Diamond,

Colorado Springs (CNN)Donald Trump on Friday abandoned his modest dismissals of the "lock her up" chants his supporters have aimed at Hillary Clinton.

"I've been saying let's just beat her on November 8th. But you know what, I'm starting to agree with you," Trump said.
The comments, which came in his first public appearance since Clinton ripped him in her speech at the Democratic National Convention Thursday night, marked an about-face for Trump, who in the last week has resisted joining in on his supporters' chants and instead urged them to channel their anger at the ballot box.
"You know it's intere
"You know it's interesting. Every time I mention her, everyone screams 'lock her up, lock her up.' They keep screaming. And you know what I do? I've been nice," Trump explained to his supporters in this evangelical bastion of Colorado Springs. "But after watching that performance last night -- such lies -- I don't have to be so nice anymore. I'm taking the gloves off."
There would be "no more Mr. Nice Guy" Trump vowed, ignoring his yearlong track record of pillorying Clinton on the campaign trail, including raising her husband's White House sex scandal and referring to her as a "nasty, mean enabler."
The "lock her up" chant has become a staple at Trump rallies since it dominated the floor at last week's Republican National Convention.
And Trump's comment Friday came just days after he said he "didn't like" the saying and said it was "a shame" that his supporters were chanting it.
But his supporters' chants sprung from months of rhetoric by the brash real estate mogul insisting that Clinton broke the law by using a private email server during her time as secretary of state and should be barred from running for president. And supporters attending Trump's rallies have for months sported shirts and buttons calling on Clinton to be jailed, including some with the words "Lock her up."
After months of insisting that Clinton was "guilty as hell," Trump argued in June that Clinton should "go to jail" over her email use, which Trump and Republicans allege may have compromised national security.
The U.S. attorney general decided not to pursue charges against Clinton, but the FBI director, in recommending that no charges be filed, nonetheless called the storage of classified information on private email "extremely careless."
When attendees at the Republican National Convention erupted during Trump's speech there last week in "lock her up chants," the GOP nominee resisted the urge to go along with those chants.
"Let's defeat her in November," Trump said after his supporters stopped chanting.
He pressed on with that line at rallies this week.
"You know what. We're going to do even better. We're going to beat her on November 8th," Trump told supporters in Scranton, Pennsylvania when they once again cried out with the chant, which have become a staple of Trump rallies.