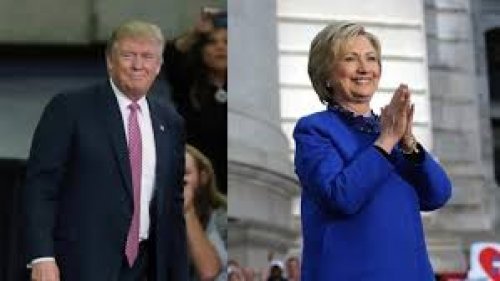 04 Agosto 2016
After the conventions, the Clinton-Kaine ticket leads the Trump-Pence ticket by 10 points (49-39 percent) in the race for the White House. Clinton’s advantage is outside the poll’s margin of error. A month ago, Clinton was up by six points (44-38 percent, June 26-28).

Since last month, Clinton’s position is improved with most groups, as she gained ground among men, women, whites, Democrats, young voters, and seniors.The Democrat is winning among the so-called “Obama coalition,” the key voting blocs that secured his re-election. Clinton is favored among women by 23 points (57-34 percent), blacks by 83 (87-4 percent), Hispanics by 48 (68-20 percent), and voters under 30 by 18 (49-31 percent).

Twelve percent of Republicans back Clinton. That’s more than double the number of Democrats supporting Trump (five percent). And while Clinton garners more support among Democrats (87 percent) than Trump does among Republicans (78 percent), she trails among independents. They go for the Republican by 41-33 percent. In 2012, independents went for Romney by 50-45 percent.

More Clinton supporters say their vote is for her rather than against Trump (49-47 percent). Among Trump supporters, a majority says their vote is better described as being against Clinton (52 percent), while less than half are voting because they like him (44 percent).

When Libertarians Gary Johnson and Bill Weld are included in the hypothetical vote, they receive 12 percent, while Clinton takes 44 percent to Trump’s 35 percent. They siphon off support about equally from both the Democratic and GOP tickets.

Qualified to be president? Sixty-five percent say Clinton is vs. 43 percent Trump. Fifty-eight percent feel he isn’t qualified, including 45 percent who say “not at all.”

The poll finds a couple things that could bode well for the incumbent party, most notably a positive rating for the president. A 52-percent majority approves of the job Barack Obama’s doing as president. Forty-five percent disapprove. Those are his best marks since May 2011, soon after U.S. forces killed Usama bin Laden, when 55 percent approved and 41 percent disapproved.

In addition, more voters feel they are getting ahead financially (35 percent) than have felt that way in nearly a decade.

After emails published online showed the Democratic National Committee favored Clinton over Bernie Sanders during the nomination process, 37 percent of Democrats think their party’s primary process was rigged in favor of Clinton. That jumps to 56 percent among all voters, and 61 percent among those who preferred Sanders over Clinton as the party’s nominee.

Some 37 percent of Sanders supporters think he would have won if the primaries had been fair.

Republicans are still divided over their party’s nominee: 50 percent are happy with Trump, while 49 percent would rather have someone else.

Finally, 77 percent of voters are familiar with the exchange between Trump and the parents of a Muslim-American soldier who died while serving in Iraq. Some 69 percent of them describe Trump’s criticism of the Khan family as “out of bounds.” Among Republicans, 40 percent think his response was “in bounds,” while 41 percent say “out of bounds,” and 19 percent are unsure.The Fox News poll is based on landline and cellphone interviews with 1,022 randomly chosen registered voters nationwide and was conducted under the joint direction of Anderson Robbins Research (D) and Shaw & Company Research (R) from July 31-August 2, 2016. The poll has a margin of sampling error of plus or minus three percentage points for all registered voters.