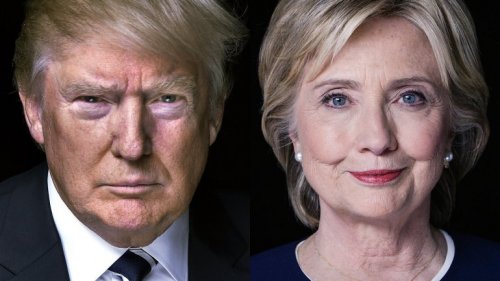 No Heroes and Angels

What if all this time we were pointing our fingers at Trump, when really we should be paying more attention to the American Establishment or ‘Puppets Masters’ (Instagram: Enlightened Prophets) who have been manipulating these elections all along?

Today I checked the BBC News app for election articles. I barely followed US elections, so I thought it was about time to inform myself properly on the matter.

The first article on the category Top News “Republican security experts rail against Trump in open letter”, unspecified author, made me see these election under a different perspective.

I immediately texted my friend Zhenia, who currently lives in Falls Church, VA and we had an intense discussion on American Politics.

We both concluded that neither Hillary nor Trump, seem eligible to be elected as the President of the United States of America.

However, who can really have a say on what is right or wrong for a country as big as the US.

I definitely wouldn’t have the courage to put myself a top such a vast nation.

With this in mind, our discourse drifted into the direction of conspiracy theories.

What if, Bernie and Trump were never part of the ‘plan’?

What if, these two candidates were ‘used’ to direct the elections towards one way, the one preferred by the ‘Puppets Masters’, which, saw Clinton as the US President, or maybe “as the face of American Imperialism”(Instagram: Enlightened Prophets) ?

What if Trump, although he has demonstrated on several occasions to be inadequate to govern the US Nation, saw behind the scenes of the ‘Puppets Masters’ and is uncovering some sort of truth?

We find ourselves in an era where movies and fiction have taken over reality. However, what if we are living in a horror movie, and we are walking right into the trap and we don’t hear the creepy score foreshadowing the imminent danger?

When Trump announced his candidacy for US elections 2016, many did not see him getting this far.

Trump’s campaign left the world wondering how such a man could have gained any support from the American population.

However, after reading the article on BBC News, I caught myself wondering what if he’s the ‘good guy’ trying to say some kind of truth?

Don’t get me wrong, I don’t even know what my definition of good guy is, but the cold stare of Clinton’s campaign reminds me of 1984 by George Orwell; a mere personification of the ‘Puppets Masters’ Party Plan.

"a number of high-profile Republicans stepped forwards to disown the property tycoon. […] “None of us will vote for Donald Trump”, the letter states.

In a statement Mr. Trump said that the names on the letter were “the ones the American people should look to for answers on why the world is a mess”.

“We thank them for coming forwards so everyone in the country knows who deserves the blame for making the world such a dangerous place,” he continued.

“They are nothing more than the failed Washington elite looking to hold on their power and it’s time they are held accountable for their actions.”

These last few sentences extrapolated form the BBC News article got me thinking about this whole election thing.

I voice messaged Bianca, another friend who currently lives in San Francisco, and asked her what she thought about the elections.

“ The Establishment wants Hillary to win. This is no conspiracy theory, it’s a fact.”

“ Take Bernie as an example” she goes on. “The media barely talked about him and when they did it was negative information. They always wanted Hillary.”

Usually in movies the hero manages to win flawlessly against his adversary.

However, what if in this real-life movie there is no hero, but only Hillarys and Trumps?

Who can save America from the ‘Puppet Masters’ when there is no one advocator of the truth, and our only hope has the name Donald Trump?

Maybe Trump might be right when he says “we thank them for coming forwards so everyone in the country knows who deserves the blame for making the world such dangerous place”.

Maybe, but Trump is no hero and Hillary is no white angel.