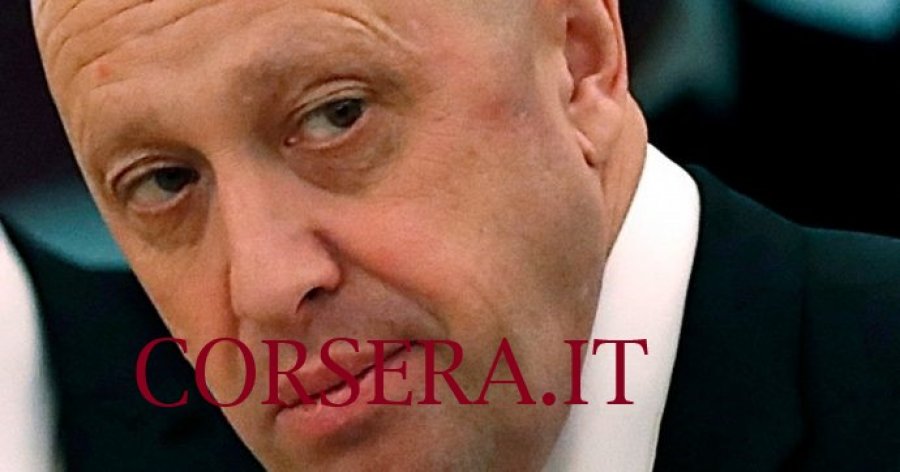 The inmates of penal colony No 8, in the Tambov region 300 miles south of Moscow, rushed to their cell windows when they heard the sound of a helicopter approaching on a late afternoon in July.

“No one ever uses a chopper to get down here. We were curious what the big occasion was,” recalled Ivan, one of the inmates.

Half an hour later, he and the others were ordered to report to the prison’s main square where two heavily guarded men were waiting.

“We couldn’t believe our eyes, he would really come all the way to visit us,” said Ivan, who is halfway through a 23-year sentence for murder and, like other inmates interviewed, asked to use a pseudonym out of concerns for his safety. “But there he was standing in front of us: Prigozhin, in the flesh, urging us to join the Wagner private military group and fight in Ukraine.”

Since the start of the summer, reports have emerged that Yevgeny Prigozhin, a close ally of Vladimir Putin and the reported head of the Wagner group – an allegation he has repeatedly denied – was recruiting soldiers from within Russia’s extensive penitentiary system in an attempt to compensate for the country’s acute personnel shortages on the battlefield in Ukraine.

Last week a leaked video featuring a man closely resembling Prigozhin went viral on Russian social media. The man was shown telling inmates at another prison 500 miles north of Tambov that they would be freed if they served six months with his group, the first time the enlistment process had been captured on camera.

“When I saw that video, I thought Prigozhin must be on a very busy schedule because it was exactly what he told us as well,” Ivan said. “He promised we would be free if we fought for six months. But he warned that few would come back.”

The Guardian spoke to four prisoners and three close family members of inmates across different penal colonies in Russia who all gave similar accounts of how Prigozhin was personally conducting recruitment in prisons.

Ivan declined the job offer but he said roughly 120 inmates signed up and were now fighting in Ukraine after a one-week training course.

He said he would now join up if Prigozhin came calling again. “I have 11 more years to spend in jail,” he said. “Either I die in this shithole or I die there, it doesn’t matter that much. At least I’ll have a chance to fight for my freedom. We all compare it to Russian roulette.

“Besides, right now, signing up is voluntary. Soon we might have no choice and be forced to go,” he said, voicing a belief echoed by other prisoners contacted by the Guardian.

An inmate at prison colony No 2, in Russia’s isolated northern Komi region, described a similar visit by Prigozhin in mid-July.

Vladimir, who had only three weeks left of a sentence for theft when Prigozhin arrived, also decided to not sign up, but he said his cousin, who had 15 years left behind bars, was one of 104 inmates there who agreed to fight in Ukraine.

The Guardian was unable to verify all the details of the inmates’ accounts, but their stories corroborated earlier reports by the Russian investigative outlets Important Stories and Meduza.

According to Vladimir, prisoners were shown footage during Prighozin’s visit of Russian soldiers “bravely fighting” in Ukraine and were promised that their actions in the country would not be punished.

“Prisoners will know they can act with complete impunity there,” said Vladimir, who has since left jail. “Prison turns you into an animal, and there is a lot of hate growing inside you. Their hands will be untied there,” he added.

All prisoners interviewed said they were promised a presidential pardon after six months and a salary of 100,000 rubles (£1,400) a month.

Vladimir said Prigozhin told the group during his visit that they were recruiting “prisoners of all backgrounds, as long as they were healthy,” but warned that drinking, drug use, looting and desertion in Ukraine would be punishable by execution.

The exact number of Russian inmates recruited is hard to establish. A US official said on Monday that Wagner, which has been accused of war crimes and human rights abuses in Ukraine and other conflicts, was trying to recruit more than 1,500 convicted felons.

But Olga Romanova, the head of Jailed Russia, a prisoners’ rights NGO, believes the number is much higher. According to Romanova’s estimate, about 11,000 Russian prisoners have already signed up to go to Ukraine, a number that she said was growing rapidly.

“The process is accelerating. Just this morning alone, we got reports of 600 prisoners being transported from Nizhny Novgorod.”

Military experts have posed questions about the likely impact of poorly disciplined and badly trained Russian prisoners on the war. Rob Lee, a military analyst, said Moscow’s latest recruitment push might “plug some holes” in the short term but would do little to address Russia’s “critical” shortage of manpower.

The Kremlin’s reliance on unorthodox methods to keep the fighting going in Ukraine is worrying for Russia, according to Lee. “Russia no longer has a professional army in the traditional sense. It is now made up of some professional units, mixed with paid short-term contract soldiers, mercenaries and now, apparently, prisoners.

“Armies are effective when there is clear hierarchy and cohesion,” Lee added. “I can’t even begin to imagine what disciplinary problems prisoners will bring.”

On Tuesday, the opposition leader Alexei Navalny, himself behind bars, tweeted that Russian prisons were full of people with “big problems with discipline and even bigger problems with alcohol and substances”. He said: “What could such an army even accomplish in combat?”

Besides questions of effectiveness, Romanova said the process of recruiting prisoners to fight for a private military organisation while promising presidential pardons was “completely unlawful on so many levels”.

Her group has now focused its attention on helping families dissuade prisoners from signing up. “Every prisoner that doesn’t go there is potentially a saved Ukrainian life,” she said.

But for some families, Romanova’s offer of help will come too late. One woman, Irina, said her husband, who was in jail in Nizhny Novgorod, had told her two weeks ago that he was departing for Ukraine the next day.

“He told me he was doing it for me and our baby. So that we can be reunited again,” Irina said. “But what use is he to us dead? I wish Prigozhin never came.”

Prigozhin’s personal recruitment of prisoners has made the previously shadowy businessman one of Russia’s most visible pro-war figures. Although Wagner forces have previously been deployed in Syria and several African conflicts, its operations were wrapped in secrecy until the invasion of Ukraine brought it out of the shadows.

Despite Prigozhin’s previous denials of any links to Wagner, a spokesperson for his company Concord said when asked about the recruitment video that the man in the footage “looked and spoke like Mr Prigozhin”.

Prigozhin, whose photo now appears on Wagner posters, commented on the footage by criticising those who opposed the recruitment of prisoners. “It is either private military contractors and prisoners [fighting in Ukraine] or your children – decide for yourself,” he said on social media.

Inmates said Prigozhin appeared comfortable inside the walls of Russia’s notorious prisons. “You could see he was commanding the respect of the inmates,” said Mikhail, a third prisoner, from the Ivanovo region, whose penal colony Prigozhin visited in August.

“He wasn’t trying to sweet talk us. He said we were going to enter hell, but that it could be our lucky ticket out.” He said Prigozhin’s speech made a “great impression” on the prisoners, with 170 fellow inmates signing up to fight.

But not all prisoners going to Ukraine appear to be ready to fight for Russia. Yury Butusov, a Ukrainian journalist, published an interview last week with a Russian prisoner recruited to fight in Ukraine and captured by Kyiv who said he had used the opportunity given by Prigozhin to hand himself over to Ukraine.

“I told myself that when I came, I would do whatever it took to surrender,” the prisoner said, citing his anti-war stance and adding that he hoped to fight for Ukraine against Russia.

Romanova, the prisoners’ rights activist, expects that recruitment efforts in Russian prisons will be ramped up in the coming weeks. In a country that has the world’s fifth largest prison population per capita, Prigozhin’s helicopter is likely to keep on flying, she said. “They are covering more ground every day.”

Whatever the eventual impact on the war, the extraordinary footage of Prigozhin recruiting prisoners has already been described by observers as one of the defining, grim images of Putin’s presidency.

“The truth is,” said Ivan, the inmate from Tambov, “we, thieves and killers, are now fighting Russia’s war.”